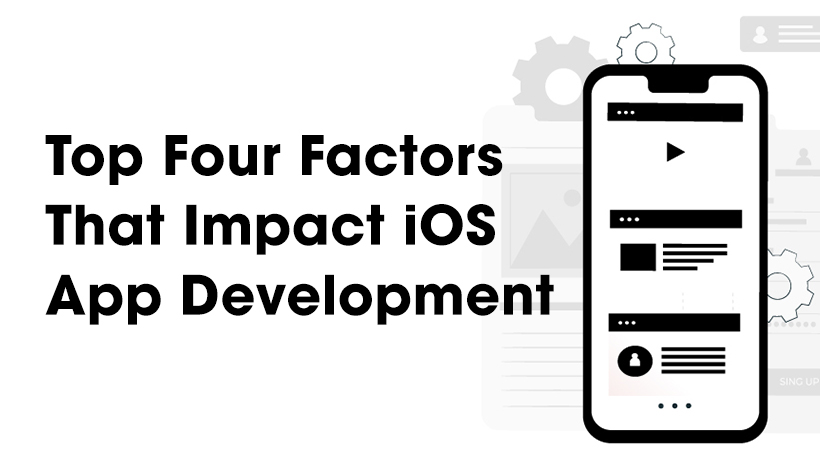 With a massive change in iOS App Development, it has become quite easier for businesses to develop high-performing, scalable iPhone apps with various cutting-edge and advanced features. Developing and customizing the user interface, functionalities, and different functions of an app with complex coding and techniques can be an intricate, tedious process. Since iOS app development requires technical skills, specialization, and broad vision, it’s fundamental to assess several aspects and identify favorable outcomes throughout the entire development process. Here are some critical factors every developer should take into consideration for the success of their project:

While Android still holds the lion’s share of the mobile operating system market worldwide, an iOS user spends more time and money on in-app purchases than an Android customer. As of June 2019, Apple’s iOS remains the most popular and widely-used OS in the U.S with a market share of over 52 percent. IOS excels in both the higher app engagement and profit margins in terms of downloading applications and generating in-app revenues compared to the Android counterparts. Before embarking on the iOS app development journey, you need to plan carefully, define the purpose of your app, and identify exactly what you want to achieve. Doing so will provide valuable, clear insights into your potential competitors and current app market trends. Conduct proper market research and assess the requirements of the target audience.

The recognition that iOS users are very selective about the quality, consistency, and functionality of their app is one of the biggest reasons that iOS app development focuses more on straightforward and intuitive capabilities. In addition, iOS is very firm and resolute on matters like submission of the app along with the timeframe set for the app or software updates/discharge cycles and their push notifications.

Hence to capture the user’s attention and convert them into a loyal advocate, take a strategic, effective approach towards the best user experience and quality assurance. You can’t expect your iOS app project to succeed and sustain in the market if it is poorly developed or unresponsive or consists of UI and UX inconsistencies. Always remember that appealing layout, compelling design, and catchy graphics contribute to a successful iOS app development. Choosing a reputed iOS app development company will help you plan and prioritize the app designing process by improving interaction, functionality, and aesthetics, using stunning graphics & layout.

The two most critical factors that can directly affect your iOS app development endeavor and its delivery time are the resources & costs involved and the development time taken. Both the time and cost of your app designing depend generally on the complexity, scope, and capability of the project. When building an Android app, the development takes 35-45 percent more time and resources due to the abundance of different versions and frequent releases of the Android OS.

iOS apps, on the contrary, require less time for development due to low fragmentation of the OS, including iPhone, iPods, and iPads. That allows developers to not only streamline the app development process and product release but also accelerate the testing duration of the iOS app. Due to a limited number of Apple gadgets available, it becomes easier for developers and QA teams to ensure that the app functions smoothly and provides consistency in the experience across multiple iOS devices, irrespective of different versions and screen resolutions. Now comes the cost factor. The development cost of an iOS app project depends on several parameters: code, adaptation, programming language, functionality, and complexity associated with the idea.

For instance, iOS apps might be less expensive due to low fragmentation and a limited variety of devices, but one might need to invest in hardware (Mac, iPhone, or iPad), tools, and other utilities, which can rise the development overtly.

Both User Interface (UI) and User Experience (UX) development can make or break the brand visibility and recognition. These are two significant factors required to design a visually appealing and fully-fledged, engaging application. While the UI components, such as buttons, screens, and pages, help you increase the number of app downloads and improve the interactivity of your iOS app, a well-developed UX improves the overall experience and satisfaction of the customer when they interact with your app, thus preventing user abandonment. The UX designing primarily focuses on Wireframing an application service, layout content, functionality, and all the associated components associated with the app at the structural level to create a consistent user flow. You should explore ways to optimize your iOS app’s underlying UX and UI elements to win your potential consumers’ confidence and generate revenue consistently.

Apart from the above-mentioned factors, there are several other characteristics that can make or break your iOS app project, including the app release cycle, approval process, publishing costs, etc. If you are looking for a reputed iOS app development company to help you develop a highly-functional, user-friendly, and scalable app for your business, drop us a line.