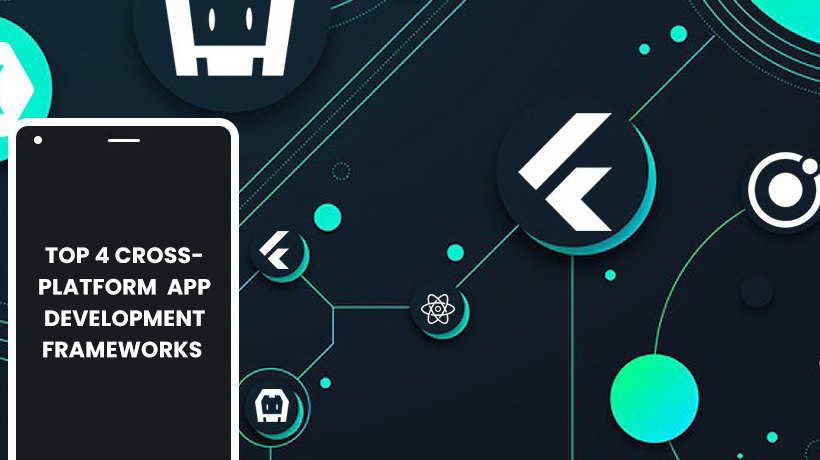 With the increased numbers of smartphone users, the trends and future of app development have gained huge momentum and increased to a vast extent over the past few years. Such progressive changes are responsible for the formation and emergence of the advanced, secure web as well as mobile app development technologies and tools. It has also fueled the notion of targeting various mobile devices and focusing more on building mobile apps alongside developing a website, landing page, or other relevant online services for your business. Compared to the native and web app development, companies stand to more benefits from hybrid and cross-platform app development frameworks, in terms of deployment, cost, model, revenue, and other factors. Not to mention, targeting and reaching a global audience becomes quite easier with the help of a cross-platform app development that is accessible on different platforms including iOS, Mac, Windows Phone, and Android.

For this reason, mobile app development companies are always at a lookout for new evolving trends and technologies in the software market that help them with designing cross-platform mobile apps and solutions.

In this blog post, we’ll have a look at the top four cross-platform app development frameworks that will be a boon to developers in the year 2020 and beyond.

Owned and released by Google, Flutter is an open-source, cross-platform app development kit designed to support several programming languages and create modern, scalable mobile apps for Android and iOS. It allows the developer to design cross-platform applications without replacing Java, Swift, and Objective C. Rendering the hot reload features, like VI and CLI editors, you can easily build UIs, add product features, fix errors, and integrate different elements such as sliders, switches, tab bars, buttons, and loading spinners to your app project. With the help of Dart Virtual Machine (VM), flutter injects the revised source code files and makes changes in the widget tree, instantly reflecting the effects of the changes taking place in the app. This efficient framework uses a single code base that can be shared and run on different versions of the application across the different OS.

By connecting the source code written in JavaScript to the native components and using a superior native rendering engine, this cross-platform app development framework provides the close-to-native user experience and an excellent native-like UI for the app. In addition, flutter comes with flexible, amazing APIs and third-party SDKs.

Xamarin is yet another leading framework that has been employed by ample renowned software and mobile app development companies. Supported by more than 1.4 million developers, this robust framework provides you with the benefit of continuous upgraded functionalities, reforms, security updates, etc. It abides by the WORA – Write Once, Run Anytime – paradigm. Similar to flutter and other cross-platform app development frameworks, you write code once and then leverage it for different operating systems, such as Windows, iOS, Android, and macOS, irrespective of the size and shape of devices.

Developers can write high-performance and productive codebase based on C+ and then later complement the same code with a .NET layer for native-based app development. The same code can efficiently interact with native API capabilities, animations, and visual graphics and integrate with different backend platforms, such as Parse and Microsoft Azure. One biggest drawback of this framework is that apps, even a small one, built with Xamarin usually have larger app sizes and tend to use up a substantial amount of space than native mobile apps.

Introduced by Facebook in 2013, React Native is a popular JavaScript framework that focuses on developing native mobile apps over hybrid ones by combining the capabilities of native development with React.js. It enables the developer to build powerful, scalable applications that make use of actual native (Android or iOS) components internally using only JavaScript (JavaScript-XML). Built on top of react.js, it uses a native renderer layer to enable and convert the intermediate JSX language into the native components and successfully render them in HTML.

Since it leverages the same design and model as React.js, you can use Facebook’s JS library and declarative components to create reusable, rich, and best-in-class user interfaces (UIs) for your mobile apps.

Like other cross-platform frameworks, it is based on the WORA model and allows for code reusability across different platforms. Similar to flutter, it also comes with the “Hot Reloading” feature to quickly preview the changes you make in the codebase of the app. In addition, this framework supports IDEs, third-party API solutions, social plugins, and other development tools.

NativeScript is relatively new, but its use is exploding. It’s another radical, cross-platform app development framework for iOS and Android app development using JavaScript, or any targeted JavaScript (a compile-to-JS language), such as TypeScript. When using a superset of JS, you can compose source code in one programming language which further is compiled into JavaScript. NativeScript framework enables software engineers to develop fully native apps that interact directly with mobile native components, APIs, and themes without relying on WebView and plugins.

This cross-platform app development frameworks framework allows you to reuse and share up to 90 percent of codebase across iOS and Android apps. While NativeScript can be used independently, it can also be leveraged together with other app development solutions like Angular, Vue.js, TypeScript, and so on. Without the need for any cross-compiling or external browser communication, apps developed using NativeScript directly run on multiple native OS as well as devices and offer native-like performance.